Tax is powerful. It funds schools and hospitals everywhere. We all pay tax, but right now, big companies aren’t paying as much as they should in developing countries. This takes billions of dollars away from vital public services every year, and world’s poorest people are suffering as a result.

Global scandals such as the leaked confidential documents from Panama law firm Mossack Fonseca have revealed the outrageous scale of global tax avoidance and use of tax havens by the super rich and global companies.

Right now, stretching across the world is a web of tax agreements between governments. They may not seem like the frontline in the fight against inequality and poverty, but ActionAid has cracked open how crucial they are for ordinary people everywhere.

Our report, ‘Mistreated’, shows how tax treaties are reducing the tax that some of the world’s poorest countries can collect from  multinational companies.

See the report and the dataset

For the first time, governments, journalists, and citizens from lower income countries will be able to clearly see which modern treaties their country has signed that dramatically limit their ability to tax multinational companies, and compare it to neighbouring countries. You can see for yourself the very restrictive tax treaties that countries are signed up to by clicking on a country in the map below. 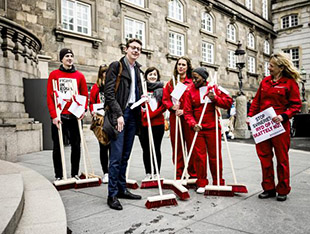